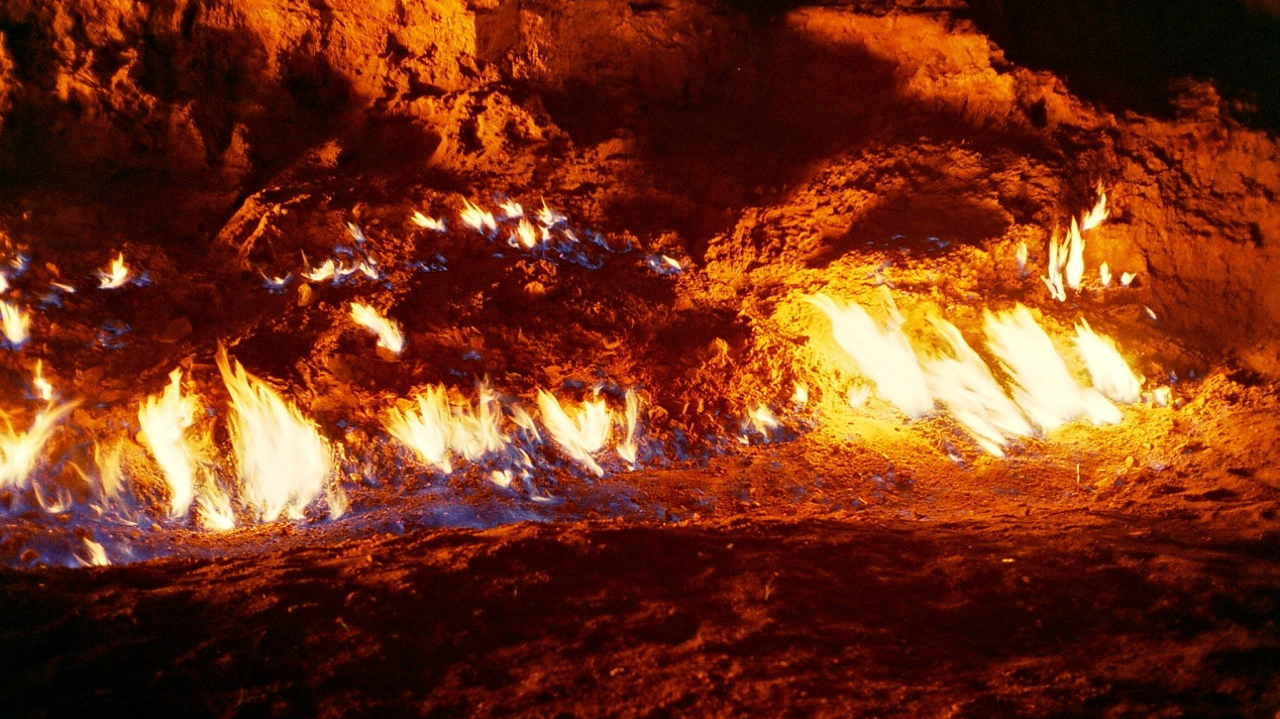 Azerbaijan is a transcontinental country in the Caucasus region, situated at the crossroads of Eastern Europe and Western Asia. It is bound by the Caspian Sea to the east, Russia to the north, Georgia to the northwest, Armenia to the west and Iran to the south. The capital city of the country is Baku.

Azerbaijan is known as the ‘'Land of Fire'' and we all can see why, here you can witness a real natural wonder- ''burning mountains" that are caused by gas seeping through fissures in the earth. Only a handful of Fire Mountains like that exist in the world, and most of them are located in Azerbaijan. You can experience these unbelievable sights by yourself at Yanar Dag site, with eternal fire that can rise to a height up to 3 metres. Due to the large concentration of natural gas under the Absheron Peninsula, natural flames burned here throughout antiquity and were reported on by historical writers such as Marco Polo. The fire burns with coloured flames and is most impressive at dusk, when tourists and locals can enjoy these breath-taking sights from the nearby tea shops.

The nature in Azerbaijan is truly unique - it’s a home to nearly 400 mud volcanoes , more than a half of the total number in the world. If you visit Gobustan National Park, UNESCO World Heritage site , you will get a great chance to see these amazing active volcanoes from very close distance. The site also known for hosting thousands of rock engravings spread over 100 square km depicting hunting scenes, people, ships, constellations and animals. The oldest petroglyphs that can be found here, dates back to 12th century BC.

Country is closely surrounded by Greater Caucasus mountain range and Caspian Sea. This unique combination gives an amazing range of natural and climate diversity. You can go hiking in the mountains in the morning, and at the same day visit semi-desert area next to Caspian Sea. The climate diversity also contributes to the soil fertility that in turn results in the richness of the cuisine . Everyone can find something for their taste buds - generous variety of pilaffs served with local herbs and spices, various meat and vegetable dishes, wide range of seafood and for those, who like the taste of luxury, one of best known delicacy in the world - Black Caviar. You can accompany these delicious meals with local wines that are world renowned for their outstanding quality.

It’s a magical destination full of contrasts where you can experience both Western and Eastern cultures in one place. While 95% of population is Muslim, Azerbaijan is a secular state and ensures religious freedom to its citizens. Thanks to the country's generous natural resources - oil and gas, Baku has rapidly transformed itself into a highly developed modern city , while the surrounding villages still remain untouched and authentic . Baku itself is full of contrasts - from its picturesque walled old city with maze of narrow alleys and ancient buildings that date back to 12th century, to modern state of art skyscrapers. As a truly modern city Baku offers a wide range of entertainment - various museums, concert venues, opera house, restaurants and vibrant nightlife. Major sports events are held here and starting from this year Baku will host a Formula One race through the city streets.

You have to come and experience the Land of Fire!